Well it’s been a few weeks since I’ve logged off. With only one or two relapses to check on our blog lol. But man, can I already tell a difference! At first it was hard. I’m talking withdrawals and everything. I honestly felt like I was coming off some type of drug. I would pick up my phone all throughout the day and realize I had nothing to check. So I started reading my bible app. It helped! But I guess I should go back a little a fill you in on why I felt God was telling me to let it go for a season.

I’ve flirted with the idea from time to time about getting off social media, and I would do it for a day or two but it never really stuck. I would convince myself that I didn’t really need to. But, one day, I was sitting on the couch scrolling away and my then 8th month old was sitting by my feet on the floor. I keep feeling her pull on my leg but I kept reading about someone’s diet bet. I only looked up because my 4 year old son started screaming. He was freaking out because my daughter was standing on her own. She hadn’t done it yet so he wasn’t sure if she was allowed to. But that’s when I realized that could have very well been her first step and here I was nose deep in my phone paying her no attention. She was just standing there proud as could be looking up at me. How long had she been there staring up at me? Hoping to make eye contact with her mommy, but only seeing the back of my telephone. If that doesn’t punch you in the heart, I don’t know what will. Not to mention my son is already four. What had he already learned from my behavior? 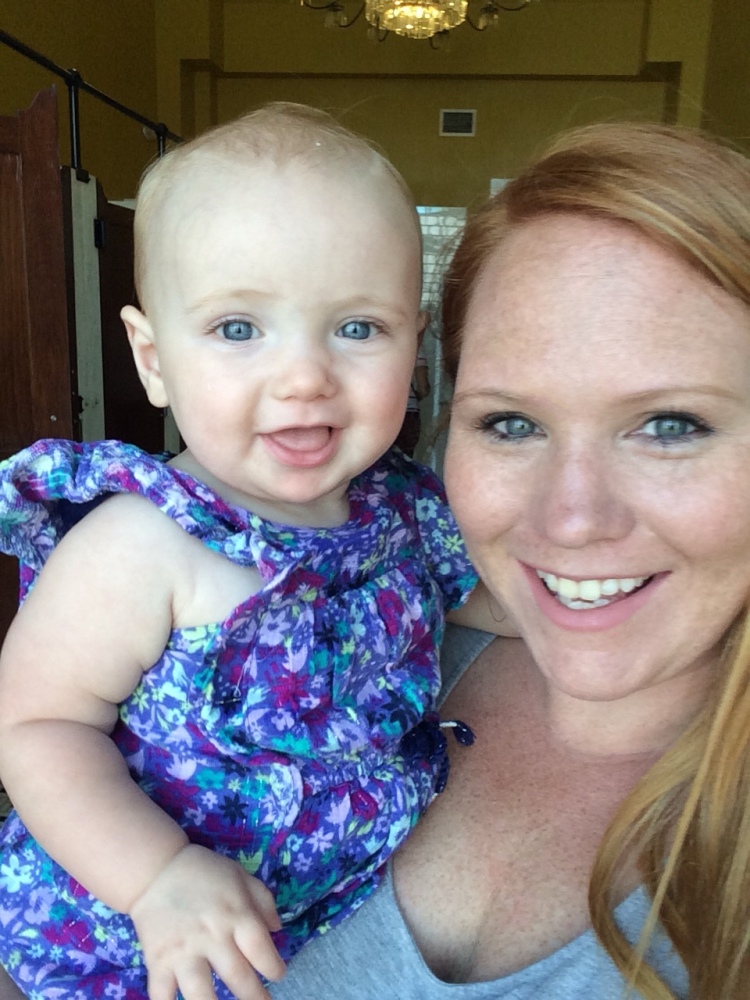 So that was the big eye opening experience that sent me on this adventure into a life without social media. At times I feel like there is a whole world happening that I know nothing about. I have grown so used to following my friends and family on the internet. It is pretty much the only way I keep up with what is going on in their lives. But now I guess I have to call them and actually talk to them (how prehistoric, right?🦖). Not to mention the fact that we just launched this blog and we have to promote it and get people here by using social media. Yes, I’m still sending Sarabeth my posts and having her post them for me, but you can imagine how annoying it feels texting her all the time asking her to post something. I always feel so bothersome because I am totally capable of posting myself, but I know i’m not supposed to be on social media right now.

That became very clear to me the other day when I logged on to check things out. I was sitting in stand still traffic and downloading the Instagram app and made a post. I figured I wouldn’t look at anything I’ll just post to pass the time. It was Sarabeth’s kids first day back at school and I figured she was busy so I could just do this and not bother her. WRONG. I had no business being on there. For one, I watched that post like a hawk while sitting in traffic. ONLY 3 PEOPLE LIKED IT! A whole hour had gone by and only 3 people had liked my post. The one Sarabeth had posted earlier that morning was climbing more likes after more likes, and all of a sudden I felt all peace leave my body. I became short with the kids, I got a little road rage, but mostly, I felt insecure. Almost immediately the enemy came in with his lies. “See no-one wants to hear from you.” “You shouldn’t even do this.” “This should just be Sarabeth’s blog, quit while you can, before you make a fool out of yourself.” I had to literately pull the car over and delete the app. I know that might seem extreme for some but I needed a second to just stop and pray. I started by telling the devil he was a liar and that I didn’t care if anyone wanted to hear from me or not, I was going to share what was one my heart, even if just one person saw it. Then I prayed for forgiveness. I know God asked me to lay it down and I needed to repent for picking it back up. It’s important that we know how the devil gets in. We need to be aware of the doors we leave open in our lives, so we can be quick to shut them.

For me, social media is a door that I kept open and comparison, self-doubt , self hatred, discontentment, greed, jealousy, lust and many other sins would suddenly walk right in and make themselves at home in my life. Now, again, I always feel the need to say that I by no means think social media is EVIL! But you need to make sure it doesn’t become unhealthy for YOU. The biggest thing I can tell so far from being off social media is an over all calmness. I don’t feel like I panic or become upset as easily as I use to. And honestly nothing has changed other than not looking at social media. It isn’t from lack of things to stress over either. From getting two flat tires while on vacation to coming home to find out that my AC was broken and that my husband had moved up our closing dates and we would be moving out in 5 days (which I had not packed one thing). Oh and all this happened while my husband was in Texas. So I have plenty to be melting down about but I just had an overwhelming peace. I know for a fact that it is because instead of checking Facebook or Instagram and seeing the happy versions of people’s lives and comparing it to mine, I’ve been checking my Bible app and applying God’s truth to my life instead. It has really made such a big difference. I know this year is going to be slam packed with amazing things just by simply saying Yes to God and laying down something I didn’t really need in my life to begin with. Social media is a very convenient tool but it is not a need! Maybe ask yourself, could you go without it?

I’m not saying everyone needs to give up social media this is just a season God has called me into. But think about it, what would your life look like if you quit looking at social media. What would you do with all that free time?